Emerging from the serendipitous discovery of the crown ethers by Charles Pedersen in 1967, supramolecular chemistry has evolved into a highly interdisciplinary field. One motivation behind supramolecular chemistry is the design of chemical systems that mimic biological processes. For example, supramolecular host molecules can be seen as receptor molecules that contain intramolecular cavities into which guest molecules may bind, thereby forming an inclusion complex reminiscent of protein-ligand complexes. Until now, numerous types of natural and synthetic macrocyclic host molecules have been reported. Such molecular containers are able to form stable complexes with various guests, including drug molecules, amino acids and peptides, saccharides, dyes, hydrocarbons, perfluorinated hydrocarbons; even high molecular weight guests such as proteins (e.g., human insulin) may partially bind to macrocyclic hosts.

A current challenge in supramolecular chemistry is the design of receptor molecules, which efficiently bind in water, because only this environmentally benign solvent allows biological applications. We study the interactions of a variety of water-soluble host molecules, e.g. cyclodextrins, cucurbiturils and calixarenes (see structures below) with the ultimate goal to implement such molecular containers into a range of novel applications. For example, we use them for the complexation of dyes and sensing, supramolecular catalysis, and drug delivery. 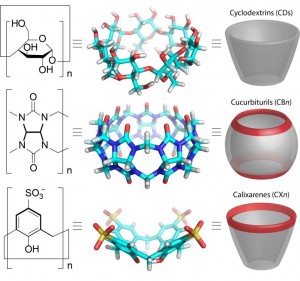 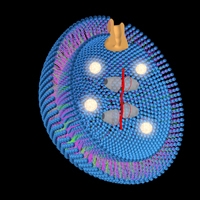 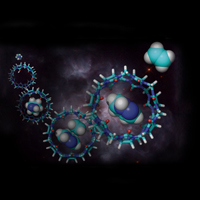